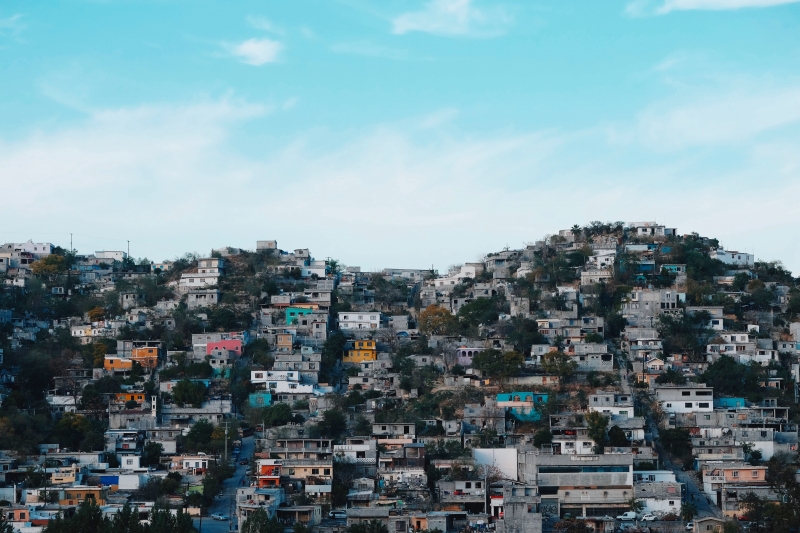 Adequate Housing in the Caribbean

Adequate housing is a global problem affecting many, especially the poor and vulnerable in every country, and engaging the attention of governments, policymakers and academics around the world.

Along with food and healthcare, housing is a basic need and a critical aspect of human development (Seers 1969, Sen, 1999). The United Nations Universal Declaration of Human Rights Article 25(I) states:

Everyone has the right to a standard of living adequate for the health and well-being of himself and of his family, including food, clothing, housing and medical care and necessary social services, and the right to security in the event of unemployment, sickness, disability, widowhood, old age or other lack of livelihood in circumstances beyond his control.

Adequate housing is a global problem affecting many, especially the poor and vulnerable in every country, and engaging the attention of governments, policymakers and academics around the world. The UN Habitat Report (2003) highlights, that a significant part of the global population does not have adequate housing, especially in developing countries. The report also states that more than one billion people around the world live in unsafe and unhealthy conditions.

Adequate housing is critical to physical, psychological, social and economic welfare. Housing must meet minimum building standards to provide protection from the natural elements as well as criminal home invasion. Housing should also provide a sense of stability through regularized tenure and affordability. Housing should seek to reduce inequalities and promote empowerment as well as provide access to employment, education and amenities (UN Habitat Report, 2003).

In addition to the issue of affordable housing, rapid, unsustainable urbanisation especially in the developing world is a major issue which is being addressed by the United Nations. According to the UN Habitat Global Activities Report (2013), one third of the urban population in the developing world lives in slums. Further, the report states that there are planning, environmental and social issues related unregulated urbanism.

Poor planning leads to inadequate infrastructure and utilities, including water and sanitation, and lack of access of jobs. It also leads to the creation of slums and informal settlements. The creation of slums, oftentimes do harm to the environment through indiscriminate hillside development and lack of proper sanitation. These two conditions contribute to residents’ vulnerability to flooding, landslides, sickness and disease, particularly in developing countries.

Let’s look at the important role that adequate housing has on the overall wellbeing of the individual, and by extension, the household, community and nation. The impact of adequate housing goes beyond the physical requirement for shelter and physical protection and includes social and psychological importance. Conversely, inadequate housing can be the source of a major contributing factor to wide ranging issues.

The problems are both geographical and cyclical. They further note that the most at-risk group is the lower income renters in the private market. Families affected by housing affordability challenges can lead to circumstances where they make decisions such as going without adequate food and allowing children to miss school.

According to Robinson and Adams (2008), the World Health Organization (WHO) defines housing as having four interlinked levels with related health risks:

Conversely, when housing is not adequate, the consequences are far reaching. Freeman (2002)((Freeman L, America’s Affordable Housing Crisis:  A Contract Unfulfilled, American Journal of Public Health:2002, http://www.ncbi.nlm.nih.gov/pmc/articles/PMC1447149/)) postulated that poor physical conditions, affordability and location affect health. To address the health of the poor, housing would have to be taken into consideration. Robinson and Adams (2008)((Robinson, E, Adams, R, Housing stress and the mental health and wellbeing of families, AFRC Briefing Number 12: 2008)) highlighted that a household is vulnerable to depression and anxiety caused by living in a dwelling unit with inability to adequately deal with external weather conditions, noise, lack of privacy, lack of socialization, susceptibility to vandalism and crime, and negative feelings towards a bad image of the neighbourhood.

Tenure insecurity and debt would also lead to anxiety and stress.

There is also an effect on the country as the problem causes social cohesion. The hardship and anxieties caused by low income, insufficient job opportunities, lack of physical infrastructure, no access to good schools and other amenities, affect personal relationships within and among neighbourhoods.

Also, high mortgage debt diverts money from other investments that may have a positive impact on the country. Increase interest rates reduce the size of loan that can be borrowed. Homes become less affordable. Rental housing can reduce either due to rental increase or as landlords leave the market. Difficulty in paying mortgage will affect other spending and may result in repossession. In addition, increasing house prices leaves households vulnerable in an economic downturn (Disney, 2008, Yates and Milligan et al, 2007)((Dinsey J, Affordable Housing, Issues of Our Time: 2008)).

In the case of the Caribbean, where adequate housing is an issue, these studies discussed above provide invaluable insight into some of the social challenges that can arise or indeed now exist. These social problems have far reaching national and intergenerational consequences and so warrant urgent attention and action.

Caribbean territories face huge national crises in the availability of sustainable, adequate and affordable housing. There are shortages of affordable housing provided by the public sector, and even so, what is built often lacks the amenities and the design elements to support personal development and social cohesion.

What is required is for a multi-disciplinary approach to land use policy and planning, as well as urban and housing design. Collectively, stakeholders should look beyond the minimum requirement of housing providing for a limited physical need for shelter, but to recognize that housing is plays are vital role in all aspects of human development.